Posted by Paul Hughes | 3 years ago

We can’t quite believe a new school year is upon us once again – and with it comes new challenges for those working in schools!

We asked our Field Sales Team (who meet with schools every single day!) what schools tell them their focus is for the coming year, here’s what they said:

“Due to more and more budget cuts hitting schools, I think a real focus this year will be consolidating the systems they’re using and finding one that allows them to do it all. It’s complicated for parents to have to remember several logins, or have several apps to keep on top of, so by consolidating into one system it’s a far better return on investment.

It’s also costly for schools to use two, three or even four systems when they could pay for one which allows them to do everything they need. So I think many schools, and particularly business managers and bursars, will be looking to consolidate systems this year, and I’d urge them to do so. It’s the quickest way to save money and often results in better engagement with parents.”

“I think the big focus for schools this year will be going completely paperless – and by that I mean no  paper going home at all. I’m talking about forms, school surveys, permission slips, parents’ evening invitations – it’s far cheaper for schools to send this information home digitally and I think this year we will really see more schools embracing that, particularly with mobile apps becoming more prominent in school communication.”

“I think we’ll see all schools going cashless – it’s very rare to see a school office with lots of cash and cheques nowadays and it’s because schools can see the benefits of collecting payments online. It’s far more convenient for parents to be able to top up through a mobile app rather than having to find cash or write a cheque as well – people rarely carry cash anymore and I can’t remember the last time I wrote a cheque! By going cashless, parents receive a notification that payment is due, they go on the App and pay and it’s done! Simple as that.”

Something more than a one trick pony – Phil Perryman, Sales Manager

“Having previously worked for a company which focussed solely on online payments, I noticed more and more last year that schools wanted a system which would allow them to ‘do it all’. Yes, collecting payments online is great, but I also want to be able message my parents and send them forms and invite them to events and report on absences, all from the same system. The days of the one trick pony system are gone, and consolidation of multiple services will be a must for forward-thinking schools this year.”

“School mobile apps really began taking off towards the end of last year and I think we’ll see even more of that this year – no school wants to be left behind and getting the school brand into the hands of parents will, I believe, become a main focus for SLT’s in schools this year. When I meet schools now to talk about their parent engagement it’s one of the first questions they ask – do you have a mobile app? I think by this time next year you’ll struggle to find a school that doesn’t have their own app!”

Going paperless or cashless, consolidating to one system for your school communications or getting your own school app – what will you be focussing on over the next school year? Let us know in the comments below!

If you’d like to know more about ParentMail and how we can help with any of the above, get in touch today on 01733 595959 or email enquire@parentmail.co.uk and we’ll be happy to discuss!

There’s now a platform for almost every type of communication schools would want to send to parents and over time...

Based in East London, Thames View Infants has a complex demographic, with 43 different languages spoken within the school, as... 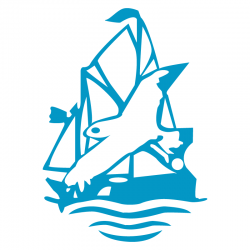 Many schools recognise how technology is improving not just the learning experience in the classroom but also parental engagement. Having...