Parental engagement as a force for good – tackling school exclusions

Posted by Heidi Riley | 2 years ago

With the subject of off-rolling raising concerns across the country, Education Secretary, Damien Hinds, recently called on school leaders to reduce exclusions.

While protocol states that exclusion should only ever be a last resort, the number of permanent and fixed term exclusions continues to rise. The Timpson Review found that 78% of expelled pupils either had special educational needs (SEN), were eligible for free school meals (FSM) or were “in need”. In addition, more than 80% of parents of permanently excluded children said they received inadequate support in finding an alternative place for their child.

The reasons behind exclusions are numerous, with the most common including persistent disruptive behaviour, aggression against staff and students, verbal abuse and bullying. In such cases, schools often have little choice but to remove a student. However, studies have explored alternative preventative action to intercept poor behaviour before exclusion is reached.

A 2008 Ofsted study on Good Practice in Re-Engaging Disaffected and Reluctant Students in Secondary Schools investigated the ways in which 29 secondary schools (a total of 32,987 students) managed the behaviour of disengaged students – approximately 13% of the student population. Disaffection was defined as displaying one or more of the following: regular non-compliance, regular disruption leading to recurrent entries in school’s incident logs, recurring fixed term exclusions as well as absence of 20% or more of the school year.

Schools were successful in re-engaging 78% of disaffected students. Schools trialled a number of methods in supporting pupils, including sharing their commitment to helping students succeed with students and their families; communication with parents was considered a highly effective method in re-engaging distant pupils.

Communicating school news and information with parents is important in developing productive relationships. When it comes to managing behavioural issues and academic concerns, however, working closely with parents is also vitally important; once excluded, research finds that only 1% of excluded children go onto achieve five GCSEs. The risks of exclusion are well known. As such, it falls on schools and parents to work together in seeking the appropriate solution.

Research proves that disaffected students often benefit from robust monitoring of academic, personal and social progress. Working closely with parents to share observations ensures a consistent approach in supporting the student both at home and in school. When parents are included in their child’s education, teachers often feel supported in the classroom and are better placed to work with students in areas requiring further attention. For students, an extra level of support between parents and school staff can make a huge difference.

Busy parents and rising student populations can make crossing the home/school divide difficult for staff and teachers. The benefits of a socially inclusive platform in bridging the gap are proven. With a mobile App, parents can access school information and messages from home, work and at a time convenient for them. Flexible communications allow schools to manage communications on a student by student basis, as well as for whole classes and year groups.

At ParentMail, we know the numerous benefits of socially inclusive EdTech designed to meet the challenges of today’s education sector. Bridging the gap between home and school for the benefit of students has been at the heart of our technology since day one! If you’re a school looking to improve parent communications, get in touch today to find out how we can help.

Exam season is a time of worry and stress for all involved – students, parents and teachers. It’s crucial that... 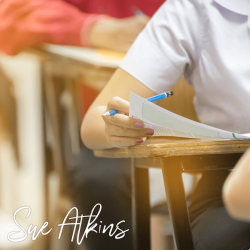 How important is parents’ evening?

A new study published in the European Economic Review (volume 111) has revealed the real impact of parent-teacher meetings. Asad Islam... 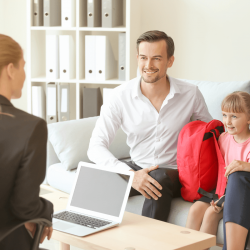 Schools across the country are feeling the strain of the teacher retention crisis. In London,  more than four out of... 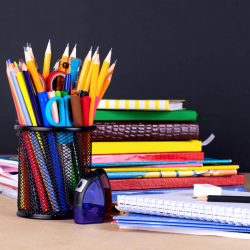