Posted by Paul Hughes | 5 years ago

Never before have parents been bombarded with so much information. Whether it’s banking, shopping, social media, special offers, school and club messages or bills that need to be paid, it’s become very difficult to gain & hold their attention! Traditional approaches of letters and even email and text messages have now become outdated as parents have become ever more sophisticated in their use of technology. The challenge for schools is simply keeping up, or risking even more difficulty engaging with parents who now expect to be able to pick up their school messages in the same way they do everything else – on their mobile phone.

A white paper ‘The Importance of Teaching’ (DfE, 2010) discusses the accountability schools have towards parents: “In the past, too much information has been unavailable to parents, too difficult to find or not presented comprehensively.”

Email, though a more modern approach to reaching parents, has become the go-to way for advertisers to reach people, which means a busy inbox. According to email provider Sendmail, 90% of messages we receive in our email inbox are spam, and although filters sift out some of the junk, the average inbox is still filled each day with new clutter – discouraging many of us from reading our emails. Text messaging has been used by many schools for the last 10 years but this is severely restricted in terms of the length of the message that can be sent and for many schools costs can add up to hundreds or even thousands of pounds each year.

Government research has shown “the more parents are involved in their children’s education, the more advantageous the effect on pupil achievement.” (Campbell, 2011). What’s more, “schools which successfully engage parents make use of a broad understanding of parental engagement, and their parental engagement strategies accord with the interpretations and values of the parents they are aimed at.” (Vorhaus, J. and Goodall, J. 2010) In other words, schools who successfully engage parents, do so with parents in mind, reaching them in a way that works for them.

Further research has shown that one of the major concerns for modern schools is trying to get parents to engage more (Campbell, 2011). You only need to speak to a teacher to begin to see that they are desperate for parents to play a more pivotal role in their child’s education and to be engaged in the learning process. So why is this so difficult?

With advancements in technology moving at such a rapid rate, parents no longer expect to receive important information through email and text. In order for schools to be able to reach, and engage parents with what’s going on at school, they need to step into the same world, delivering this important information in the way parents are used to consuming it.

The smartphone has levelled the playing field… and almost all parents now have them.

The UK is now a smartphone society, according to OFCOM, who report that at least two thirds of UK adults carry their smartphone in their pocket. “Over half of smartphone owners regularly use their devices on public transport, at work and while shopping – collectively, UK consumers check their smartphones over a billion times a day” (Deloitte, 2015)

Effective communications with parents means getting on their wavelength, and using the tools and technology they use! This represents a challenge for schools that often lag behind on the technology curve and now need to get with or even ahead of it.

The irony is that Mobile App’s, the bane of many parents and teachers lives to date, may just be the vehicle to improving student outcomes in the 21st century. Receiving information on a smartphone App means parents don’t need to go looking for information – it finds them.

With mobile devices already beginning to outpace desktop devices, forward-thinking schools are already considering a mobile-first solution for communicating to parents and wider communities, and it’s quite likely that, in less than 5 years’ time every school will have its own mobile identity, including its own mobile App.

Over 1 million parents across the UK are loving the convenience of ParentMail’s mobile App, using it to pick up... 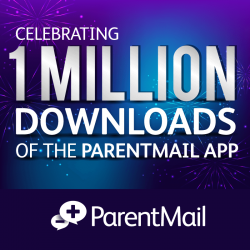 Behind the scenes at ParentMail: App Developers – Part 2

We met with our App developers last week to find out more about them and the success behind the ParentMail...

In the digital age we live in, almost everyone has access to the internet – whether that’s at home, at...