Posted by Geoff Jones | 5 years ago

Ings Farm Primary School always found it difficult to get parents to complete and return permission forms and requests for information, with often only small numbers of parents responding. It meant school staff would then spend time contacting parents to chase replies.

However, with over 95% of parents using ParentMail to pick up school messages, Ings Farm Primary decided to introduce ParentMail’s ‘Forms’ application to collect forms, surveys and permissions online – and are delighted with how it has improved responses from parents.

We spoke to Administration Officer, Heather Duffy, about how ParentMail has made it easier for parents to complete and return forms and to be involved in what’s going on at school:

“With the Forms application, we now know for sure that forms are being delivered straight into the hands of parents, rather than sitting in book bags. Parents can complete them straight away in a matter of seconds, which means responses coming in have increased dramatically.

Here’s an example of how effective it’s been – this time last year we sent a form to parents by letter asking if they would be interested in attending an event, and we had just 17 replies. This year we sent the form through ParentMail, and over 60 responded, which means we’ll now have to move it to a much bigger room! We can only assume the form didn’t reach them all when we previously sent it out by letter.

Another online form we sent recently about a trip was sent to 115 parents, and 90% of them responded.  When we’re sending online forms to specific groups, such as our Football or Netball clubs, we get 100% of responses back almost instantly.

We use Forms for absolutely everything in school – trips, after school clubs, sports clubs and gym festivals, to gather interest for evenings for parents to come in and talk to teachers. You name it; we use a form for it!

Lots of our parents are using the mobile App because it means they can pick up school messages and complete forms while on the go or at work, which is great for them.

We would recommend the Forms application to any school who want to see an improvement in the amount of responses they get from parents – whether that’s permission slips, general forms or surveys.  We think it’s great and couldn’t live without it!”

If you’re a UK school or college interested in switching to an online form collection system, get in touch with ParentMail today and we’ll show you how easy it could be. Contact us on 01733 595959 or email enquire@parentmail.co.uk and we’ll book you in for a free demonstration!

St Paulinus RC Primary School had been used to just a few per cent of parents replying to questions and...

100% response rate to forms from parents within 48 hours

After years of spending many hours preparing paper communications, hundreds of pounds each year on paper and photocopying to find... 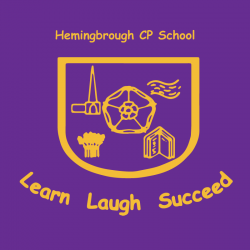 Over 60% of parents responded to the first online questionnaire sent out by Halterworth Primary School using ParentMail’s new Forms,...