Posted by James Laver | 7 years ago

Described as a traditional school by those who know it, Deepdene School has modernised with the addition of ParentMail and with huge success as 100% of parents use it.

An independent school in East Sussex, Deepdene School has really pleased all of its parents by communicating to them in a way that’s easy for them – either on their phones or computers.

The school use the email and text messaging service for everything, sending on average 7/8 emails out a week – because it’s so easy to send these communications home, it means more messages can be sent, which results in the parents feeling more involved with what’s going on in school. These messages contain information about sports, events, kit list, after school clubs and newsletters, and have been a real positive for the school.

School secretary Alison Taylor told us, “We’re quite a traditional school, so for us to use this fairly modern technology to communicate with parents was, I suppose, a bit of a gamble. But the parents are over the moon with it. We’re communicating with them more than we ever did before and they can access it instantly – which is why we have 100% of the parents using it.”

Deepdene also has a nursery which forms part of the school, with ParentMail being rolled out there and many parents also reacting positively to it. Alison said, “Those parents who aren’t signed up yet are often the ones missing out on information, even though we still send them paper copies. The majority of those using ParentMail know what’s going on, and it’s especially helpful to be able to see who has opened the messages and when – so that if they say we didn’t tell them something, we can prove we did!”

Alison also told us that the amount of time and resources they’ve saved has really surprised them, and has been further evidence that signing up to ParentMail was a great decision for the school: “I absolutely love ParentMail and so do the parents, I would recommend it to anybody.”

To arrange a free demonstration of ParentMail in your school, simply visit https://www.parentmail.co.uk/free-demonstration/ or leave a comment below.

Astor College saves over £5,000 a year with ParentMail

Never before have parents been bombarded with so much information. Whether it’s banking, shopping, social media, special offers, school and...

Secrets for stretching the school budget!

School budgets have always been a hot topic in the education world and business managers and bursars within schools have... 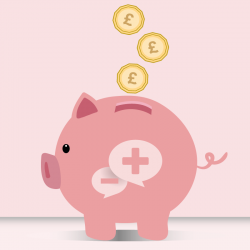